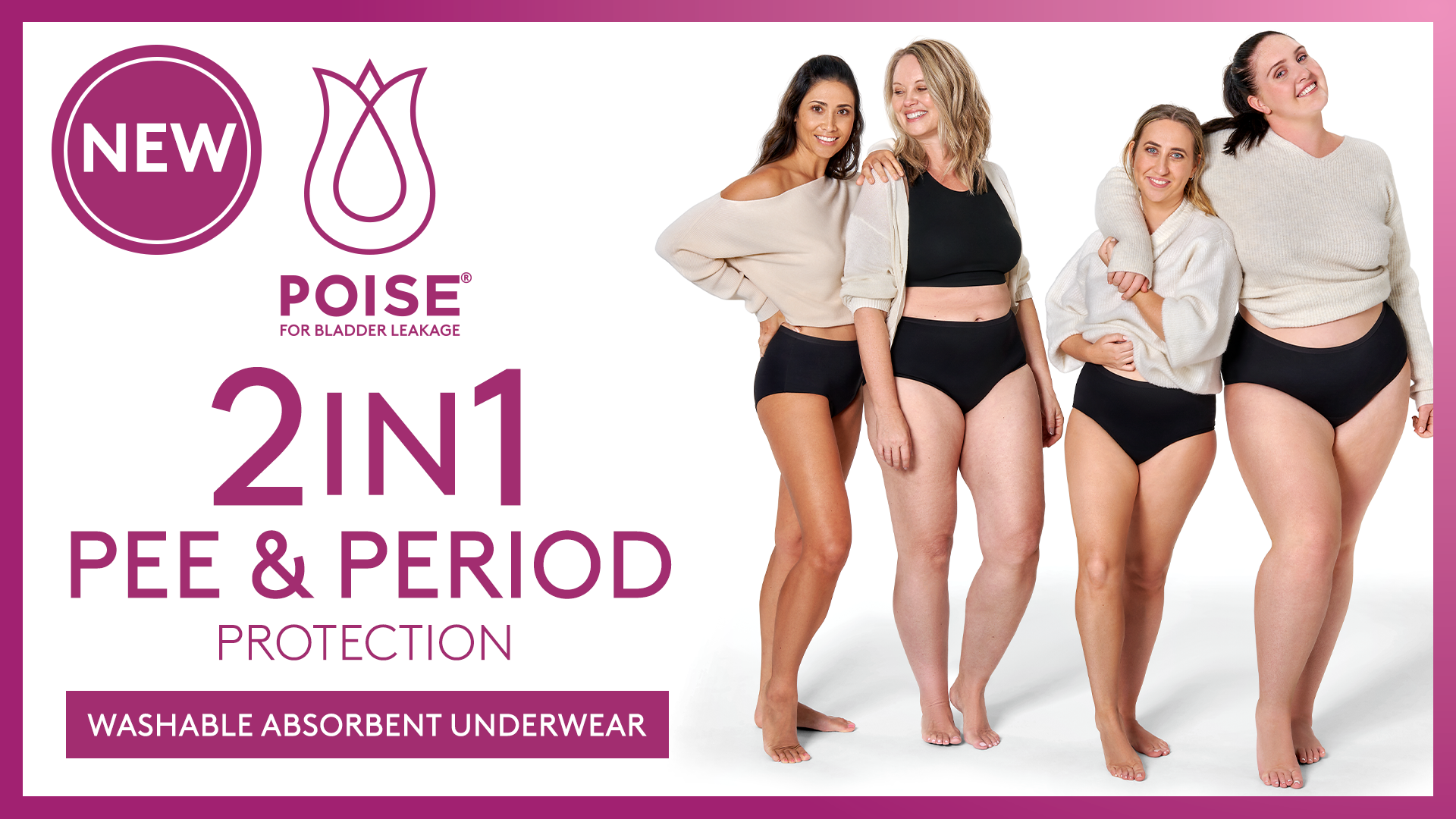 Poise® has been voted by Australian’s for the 5th year running as the most trusted brand for incontinence products. Offering 3-in-1 dryness, comfort and odour control, they offer protection a period product can’t provide. Find your perfect Poise® product today.

Your Guide to All Things LBL

From causes of light bladder leakage (LBL) to tips and products to help manage leaks, our LBL Starter Guide is here to help.

These are the best pads I've used

These are the best pads I've used and I've tried a quite a few different ones since my MS related bladder problems got worse a couple of years ago - these pads are absolutely worth the higher price over the normal Poise pads, and so much more comfortable than other "standard" types of pads. The really disappointing thing is that Coles has stopped stocking them where I live (large regional city so not just corner-store sized Coles) and I now live in fear that Woolworths will also stop stocking them - and I haven't been able to find an online source yet.........

I can’t believe how comfortable these are! They were so good, I washed them and wore them a few days in a row. I have a chunky bum so most undies ride up and feel irritating but these didn’t at all, so the shaping on them is great. I also don’t usually wear high waisted undies but they were comfortable enough and held my post-pregnancy belly in which was nice. No issues with any leaking while I was wearing them either. I think they’re great for periods, or postpartum leakage. I can’t find any faults with them. I would definitely recommend to my friends and family

Poise 2 in 1 Washable underwear has been great for managing everyday leakage and on the lighter days of my period. Great coverage overall, doesn’t leave me paranoid that something would leak. Perfect for post partum protection against leaks when you laugh, cry, sneeze or jump etc very comfy undies. Didn’t notice any odour.

After opening the box, my initial thought was that the Poise 2 in 1 Washable Absorbent Underwear, being a full-brief, was not the style of underwear I usually wear. I committed to give the underwear a go, so did. The comfort when wearing the briefs was the first thing I noticed after putting them on. So incredibly comfortable, I could hardly believe it. When a small leak occurred, I was amazed at how dry I felt - like nothing had happened. The underwear also washed well in cold water on the delicates cycle (per the washing instructions).

To say I am happy with this product would be an understatement.  This product is the most comfortable pair of underwear I have ever owned it gives me protection if I do need to snooze or cough and it has no pants lines so I can wear my tight skirts or leggings that do not show any panty lines.  Love that the collar was black and they were so easy and they were so easy to wash in the washing machine I tried she machine I tried them on the the clothesline to dry as well as in the dryer both came out feeling came out feeling as good as new would a 1000% recommend